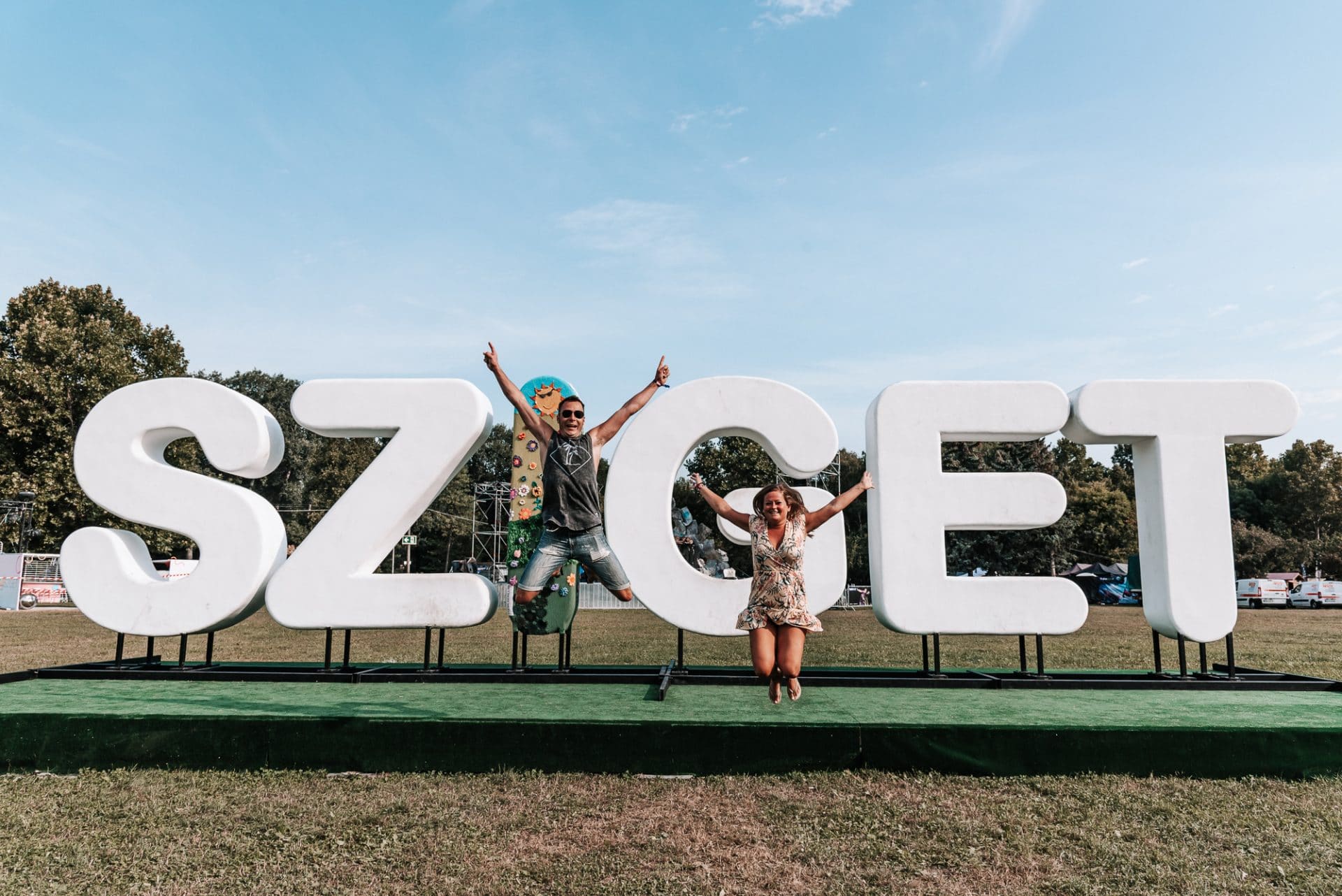 Once a year Obudai Island is the set of one of Europe’s biggest festivals: Sziget Festival. Every year hundreds of thousands of visitors from all over the world are coming over to Hungary to enjoy some of the biggest music acts, and much more! A week long the island in the Danube in the center of Budapest will be offering over 1000 international shows divided over 60 stages.

We have been to the festival twice because once is never enough. Many of the people that we know that have been here returned to the Island of Freedom at least once again. The music, the atmosphere, the shows, the affordable prices for food and drinks, and great organization make Sziget Festival a huge success and you can read why over a half million people visit it in this blog!

Music is the main dish of Sziget Festival. Every year the organization tries to outdo themselves with bigger acts. Headliners as Ed Sheeran, Martin Garrix, The Foo Fighters, Post Malone, and Twenty-one Pilots are only the tip of the iceberg of the many great artists who made the crowd go wild during Sziget Festival 2019. Almost every kind of music genre is presented during the weeklong festival. Pop, Rock, Reggae, Dance, folk and more.

Besides the musical acts, there are many shows and performances going on all over the island. This year there was an amazing daily drum show from Les Commando´s Percu. With light, smoke, fireworks, and great percussionist the show was one of our personal highlights this year. Other amazing features of Sziget 2019 were the Full Dome Experience, a giant inflatable dome in which you can watch a 360 degrees projected show, and the Luminarium, a kind of inflatable maze and chill atmosphere with light and sound.

But that is not all, there are also many workshops you can participate in. Afro-Caribbean dancing, African drums, belly dancing, and much more. During the day, when there are fewer music performances, you don’t have to be bored because there is so much going on that it’s pretty hard to see it all in just one week.

And there is still more: comedy, theatre, acrobatics, dancing, and art. You can participate in many of them. There is a Traveling Funfair area where you can enjoy all kind of old-school street games. Another area is home to XS Land, especially for raising more awareness for handicaps. Here you can walk blindfolded through a maze, drive a wheelchair trail, blindfolded wall climbing, wheelchair basketball and much more games like that.

It can get pretty hot during the Hungarian Summer and it also was this year! After a good night of music and partying we woke up early every time because the sun was melting our tent. Luckily, you can extend your rest on Sziget’s private beach. It’s not a tropical white beach with clear blue waters, but it’s great to chill. And next to the beach is a huge shaded relaxing area.

On the Island of Freedom, there is also freedom camping. The festival lasts for one week and when you have a multiple-day ticket you can camp at the festival area for free! You can’t put up your tent at the mainstage of course but there is heaps of space to camp all over the island. If you don’t want to pitch your tent just anywhere you can also buy tickets for camping areas on the island, or even hire a tent.

Sziget Festival didn’t forget your inner self, you can find food and drink stalls all over the island. There is more than enough choice with many different kinds of food stalls. From Hungarian to Greek, to Western, or Asian. Prices are quite reasonable too. Most of them are a bit higher than Hungarian standards but not as high as you might expect at a festival. Drinks are not overpriced either, for €2,30 you can get 0,5L beer or for €1,80 you can get a soft drink (Sziget 2019 prices). There are also drinking water points all around where you can fill up your bottle. Besides the many food and drink stalls, there is also an Aldi Supermarket on the island where you can get almost everything a normal Aldi offers too, for supermarket prices. We often got our breakfast over there!

The theme of Sziget Festival 2019 was Love Revolution, and with that theme, they focussed on sustainable living and environmental awareness. There are several stalls that give insights about climate changes but the organization took several actions towards a better environment too. For example, they used re-usable cups instead of 1,5 million disposable ones. Another example are the paper straws instead of plastic ones.

Another slogan you can find is: Love is Love. Sziget Festival welcomes people from all over the world, and over 100 nationalities were represented at the festival, even as far as New Zealand or Brazil. It doesn’t matter if you are straight or gay, and that’s why they give some special attention to the LGBTQ community with a stage especially aimed for this community: the magic mirror ‘spiegeltent’.

The weeklong festival offers many ticket options. Whether you want to stay for 7 days, 5 days, 3 days, or only one day, you can find all the ticket options on this website.  Here you can also find all the other tickets you need, like parking or extra camping ticket, in case you want to camp in a special area instead of anywhere on the festival.

If you don’t want to camp at the festival area or one of its campgrounds you can always get a hotel in Budapest. We would advise booking very early because many of the hotels will be fully booked during this time.

Find all hotels in Budapest here and get 10% off when you book through this link!

Read all our other blogs about Hungary here!

Sziget Festival is one of the most amazing festivals we have ever been to. As we described above, it is much more than just a festival. It’s an experience you won’t forget anytime soon.

The 5 Best Cities for Kayaking in the...

The Best Activities in Singapore with KKday

15 Best Spots in the World to Celebrate...